In my quest to visit all 50 states, I researched interesting places and (a lot of times) had to narrow down which area or city I wanted to visit in each state. Other states were harder, and I couldn’t convince anyone to travel with me. As any American can probably imagine, many of these states were in the middle of the US. Therefore, I grouped three states together for one long-weekend road trip – Nebraska, Kansas, and Oklahoma. These three are probably not on your travel list, but I can hopefully persuade you to consider otherwise. Today, we’ll focus on Nebraska.

Omaha is located on the Nebraska/Iowa border and is about a 2.5 hour drive from Kansas City. For my trip, I flew in and out of Kansas City for financial reasons. During my 50-state exploration, I didn’t mind driving distances. You can actually fly into Omaha to save time. Omaha is a growing and expanding city. There is a Western uniqueness that they are trying to keep, but the downtown area is being revitalized. This is the home of Warren Buffett, many major companies, and the College World Series for baseball.

I love zoos and animals. When I travel, I really like to visit zoos. Maybe some of it is because I grew up in Columbus, OH, and that is one of the best zoos in the country (I mean, it’s Jack Hanna!). When I asked people about Omaha, the zoo was highly recommended by everyone. It was absolutely as cool as they said it would be. When you walk in, you see the “Desert Dome.” This is the focal point of the zoo and allows them to keep warm-climate animals during the winter. Upstairs (as the picture shows), it is bright, warm, and expansive. Downstairs, the exhibits are set for nocturnal animals. None of my pictures turned out well (no flashes allowed). You can only take my word for how close to an American Beaver I was! It was a bit nerve racking! 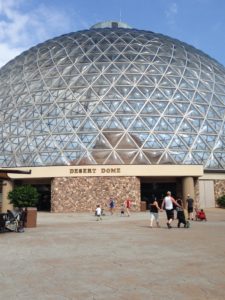 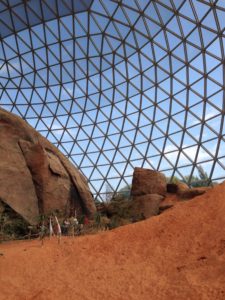 There is also a Prairie Dog row at the zoo. This was my first time seeing a Prairie Dog in real life – I became obsessed! Luckily, I saw them many times on my other western trips. If you’re around them a lot, I hear they are pests. I don’t understand because they are so cute. I love how they stand up to bark! This little guy actually touched my shoe! 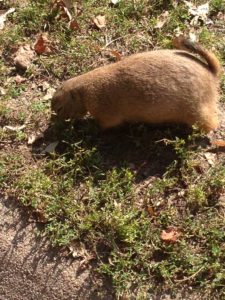 After a long day at the zoo, I set in to go downtown. I love cities, eating at good restaurants and having a drink. When I got there, it was too early for dinner, so I got a manicure at a local spa. It was a locally-owned establishment right in the heart of downtown. The technician gave me a lot of insight about the city and mentioned there was a new pedestrian bridge that will take you to Iowa. What?! If you know me, this is COMPLETELY the type of activity that makes me excited. I could walk to Iowa. Yes, I think I shall. 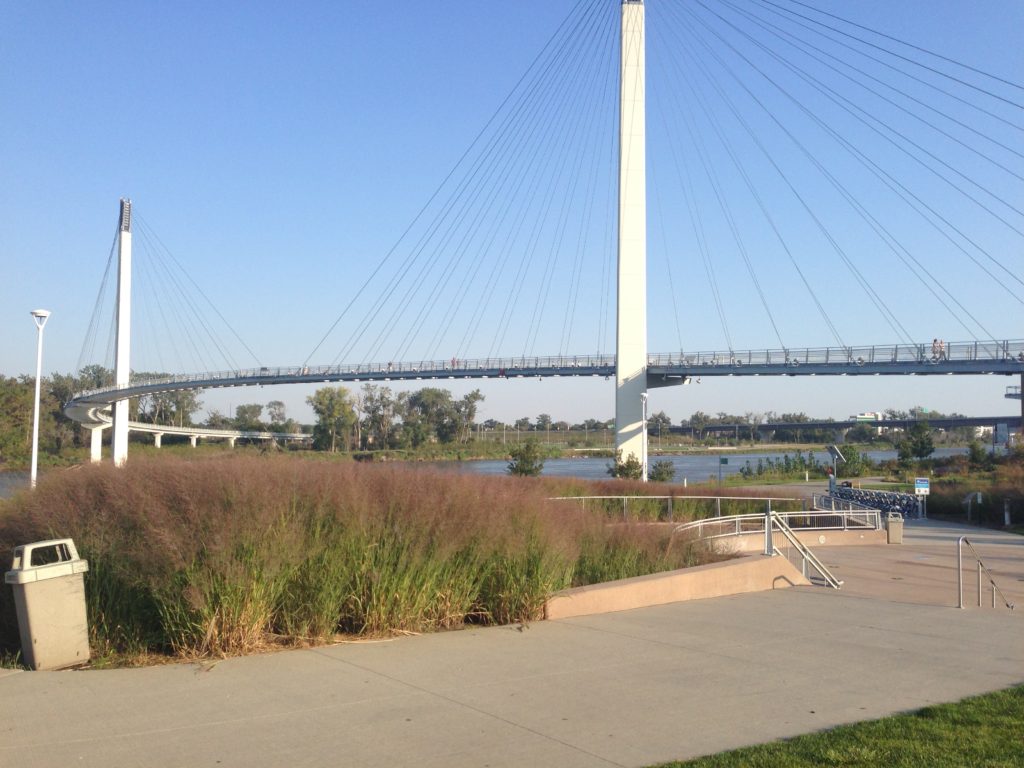 The beautiful pedestrian bridge. This is near where Lewis and Clark cross the Missouri River. 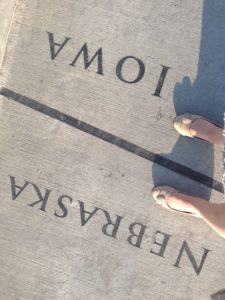 I made it. Two states at the same time!

I love taking walks and the views of the Missouri were beautiful. It’s really interesting to think about explorers first coming to the area, then to think about what it was like at the turn of the century. Nebraska is well-known for its stock yards and cattle ranches. They aren’t there today, but that’s where it was founded. I don’t eat beef, but I felt like I should have a steak for dinner. I’ll pretend that I did and tell you it was devious (in reality, I had fish. Not what you should think of in Nebraska).

After my walk I went to Berry & Rye, a mixology-type bar. I was so impressed with the drinks here. They are all handcrafted drinks, where they worry about everything from the ingredients to the ice! Highly recommended. Unfortunately, I could only have one since they were quite strong and my rule is to avoid drinking when I travel alone.

For dinner, I went around the corner to Jackson St. Tavern, where they had live music and great food. Right in the heart of downtown near the riverwalk, it was a prime location. (The steak was delicious! haha). After dinner, I came out and the whole city was alive! It was the perfect temperature, and everyone was out. From young professionals to families, there was something for everyone. Street musicians were playing and merchants were out selling. I had to turn in, but I would have loved to stay out and explore some more. Hopefully on my next trip! I had an early morning to start my next trip to Abilene, KS…